In 2014 the director of Bergen International Festival (Festspillene i Bergen), Anders Beyer, invited artist and theatre director Vibeke Flesland Havre to create a “Burgerbuhne” in Bergen. Beyer was inspired by the Burgerbuhne in Dresden and the Danish “Borger Theater” or “Citizen Theatre”.
Havre went to the Burgerbuhne festival in Dresden in May 2014 to do research and talk to Miriam Tscholl about the Burgerbuhne in Dresden. She also talked with a lot of theatre professionals, dramaturgs and performers from Germany and Denmark, and saw a variety of Burgerbuhne performances from various countries. The Bergen model is highly inspired by Dresden and the work of Miriam Tscholl.

In the end of May 2014, Havre installed herself in the central square in Bergen and invited people to tell their story. People got a free cup of coffee if they shared a story from their own life. Outside the wagon the chat was more casual. Inside the wagon Havre filmed and recorded their stories. This was the beginning of Folkets Festspillscene (later renamed Bergen Borgerscene).
During the autumn 2014 and spring 2015 Havre visited Århus, Ålborg and Copenhagen to learn about different practises of “Citizen Theatre”. Based on this and her own work in Bergen, she created a manifest for Bergen Borgerscene.
​
In 2015, Bergen Borgerscenes first performance "Det var en gang et menneske" premiered on the National Stage in Bergen (DNS) during the Bergen International Festival, and in the spring of 2016 "En plass i solen” followed. In its first years, the project (initially called Folkets Festspillscene) was a collaboration between Bergen International Festival (FiB) and the National Stage (DNS). Vibeke Flesland Havre has been the artistic leader of the project from the start in 2014, and from the autumn of 2016 her enterprise VFH productions took over both the financial, practical and artistic responsibility. The project has since been named Bergen Borgerscene and created the performances "Lykkeliv" (2017) in collaboration with DNS, "NAV betaler" (2019) in collaboration with DNS and FiB, and “En motforestilling” and “Familien” (2021) in collaboration with DNS, and the recent performance “Karantenetanker” (2022) in collaboration with DNS.

What's your story?
People have always shared stories. Storytelling is an important part of our cultural heritage, and a tool for understanding the society we live in. In a world that is becoming increasingly diverse, it is more important than ever that we listen to each other's stories. This creates understanding and expands our horizons. Storytelling is the very basis of our work. Bergen Borgerscene is a two-part project, with the storytelling workshops that are free and open to everyone on one side and the production of a performance on the other.

Our aim is to reach out to a variety of local communities and invite different people to take part in storytelling workshops. We want to create a meeting place for people with different backgrounds, both socially and economically. By putting people together who would normally never talk to each other, we hope to increase respect and understanding between people. The storytelling workshops have a purpose of their own, outside the performance. They should be inspiring for the people who attend. We want to give people insight and new perspectives, at the same time as they learn to use their voice and listen with respect.

The storytelling workshops should be inspiring for the artistic team. By following the workshops we get ideas for themes, angles and artistic concepts for next year's performance. By getting to know the storytellers we get a better understanding of their potential. As they get to know us they start to reveal who they really are , and their true potential comes to the surface. We get into the depth of the stories, and this is where we all can relate to each other.

Making a performance
Through the storytelling workshops, we look for themes, stories and to recruit storytellers for next year's performance.  We choose a number of storytellers/participants from the storytelling workshop, and start to work with them in a new series of workshops.
​
We urge them to share their stories, thoughts, dreams and reflections. To help the storytellers talk about various themes, we use different methods. It can for example be asking them to bring different things to the workshops (like their favorite book, a personal photo) or provide different items to facilitate their memories and thoughts (photos, maps, materials, things with different smells, music etc). We also practise reading each other's stories, and breaking them up in various ways.

We make recordings from the workshops, transcribe the stories, and start to put them together to create a bigger story. We rehearse and play with the scenes in various ways before we put them together. We have tried out various strategies, but ended up with a written script. In this way, we maintain rhythm and timing throughout the play. It also makes people feel more comfortable knowing exactly what they are going to say.
Apart from planning and leading the workshops, the artistic director's work consists of transcribing the recordings and putting together the script. This is a time consuming process where Havre works closely together with the dramaturg and the creative team.

International cooperation
In the period 2020 - 2022, Bergen Borgerscene participates in an international Erasmus+ project together with Staatsshauspiel in Dresden, Germany and Káva Kulturális Műhely in Budapest, Hungary. Here we will explore citizen theatre and education and learn from each other. Updates from this exciting project are to find on instagram and facebook  @bergenborgerscene

Photo below from our most recent performance "Karantenetanker" 2022 (photo: David Alræk) 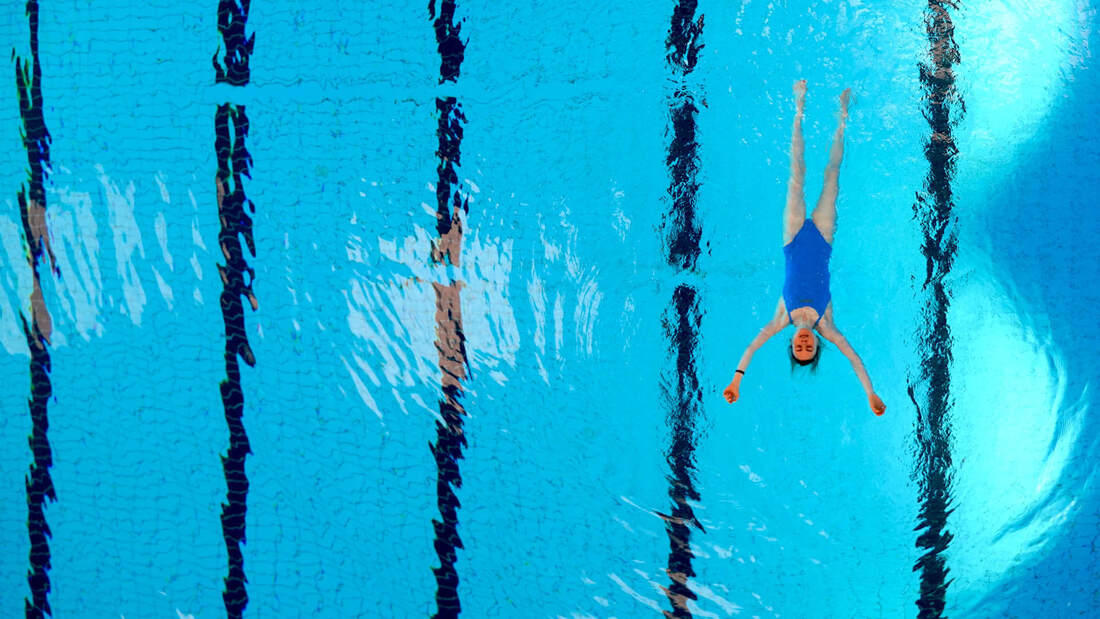